The River Taff begins at the joining of the River Taf Fawr and the River Taf Fechan in Cefn Coed Merthyr Tydfil and flows through the Borough on its way to Cardiff.   MTAA control approximately 14 miles of the river and mostly both banks.   Being an urban river we have the usual pollutions shopping trolley’s bikes and prams etc, people think I’ll just chuck it into the river and I can forget it then!!!   Although that does happen since the end of the era of coal in the 1980’s the river has gradually returned to a natural well stocked river of wild brown trout.  A few years ago the committee of MTAA decided against stocking the river, we had been putting a lot of trout into the river only for them to be caught down at Pontypridd by Osprey anglers and as a result of the not stocking policy the river has fast returned to a wonderful natural fishery with lots of all ages classes of brown trout.   Although salmon do run the river they are few and far between.  NRW bye-laws must be followed if a migratory fish is caught.

Ceri Thomas of Fishtec has written up some great tips for fishing the MTAA stretch of the river Taff this spring.

This spring has been pretty kind for river anglers so far and the rain has held off recently. As such the upper Taff has been fishable since day one, but with the extra challenge of being very low and gin clear. Here are some tips on getting the most out of the river Taff fishing at the moment:

Concentrate your efforts at the best times. Fishing from 12 noon to 2.30pm is my preferred slot for early season. Why? It’s the warmest time of day when flies start hatching and the fish become active. Early and late can be way too cold, and could result in a blank. So optimise your fishing times.

Search the water. Don’t spend too much time in one spot, make sure you keep moving, searching the water. Fish concentrations can be very localised at this time of year on the Taff, as the trout are often still in their overwintering haunts even in May. Some pools may be empty and others will have fish holed up in them. It pays to walk the banks looking for rising fish. Once you find one you will often find a few clustered together.

Be stealthy. This is the biggest mistake I see. In low water getting near enough to a trout to make a decent cast is half the battle.  When getting into the river be extra quiet. Don’t walk right up along the edging. Try not to dislodge rocks and gravel as you go in, and always fish upstream. It pays to put a bit of thought into where you will exit and enter the water too.

Fish off the beaten track. The areas right next to bridges and other access areas get a lot more fishing pressure, so have less fish or fish that are a lot wiser. It really pays to make the extra effort to walk a few hundred yards further on, so you are covering less fished territory. If you see another angler in front of you, it is pointless fishing water they have just fished. Instead get out of the river and move to a new area, being considerate and leaving lots of room between you.

Fish dry flies. Low water means the areas where trout can hide in deep water are limited at the moment. Fast deep water is great for nymph fishing, but on most of the river the pools are now low and quite still, so conditions are better suited for dry fly or fishing a ‘duo’ which is a large dry fly with a small nymph tied to the bend of the hook. On the Taff look out for hatches of Large dark olives, brook dun and March brown at lunch time. Basic dry flies such as parachute Adams, CDC olive, and the greenwells glory in sizes 14 – 12 will all work well. The exact pattern is not so important, just try to match the size and make sure the fish see the fly by making an accurate cast. I always use a very long tapered leader with an added tippet going down to 3lb, usually 18 foot long. This helps avoid drag and fool wary fish.  Another tip with the dry fly is to keep on de-greasing the leader every few casts; this can make a huge difference with a fussy fish.

Practice catch and release. The Taff at the moment has a great head of bigger than average wild fish, and these will only get bigger if they are returned. For some reason numbers of small fish are down on past seasons, which may be due to loss of spawning gravel in the recent winter floods and increased bird, otter and mink predation so they need a helping hand. To me Taff trout taste terrible anyway, compared to fish from the reservoirs or the Usk. This may be due to road run-off going into the river from the urban areas the Taff flows through.

The mid-day fly hatches don’t last forever, and by the end of the month the first evening fishing on the river should begin. So my advice is to get out there as much as you can this spring and enjoy the fly hatches before the rain returns with a vengeance!

For generations fly fishing was usually undertaken using wet or dry flies fished near to or on the surface, fishing “nymphs” nearer the riverbed was seldom practised. In the last 20 years considerable innovations have evolved allowing weighted patterns to be fished very successfully nearer the river bed. Many anglers now use these techniques as a first line of attack. However, there will be many occasions during an angling season when fish, both trout and grayling will seek food in the upper layers particularly when food is abundant here.

Emergers, drown duns, and spinners and terrestrial insects are often found in the top few inches of water and a fly fished to imitate these can be very effective. One style of fly particularly suitable on such occasions are wet spider patterns. Curiously, they seldom actually imitate terrestrial spiders. They are tied to imitate any food items found in the surface layers and by changing the size and colour almost any fly encountered in an angling season can be imitated. They are extremely simple designs often incorporating only 2 or 3 components in the tying. Some may only have a tying silk body and only 1 half – 2 turns of hackle. Many of the more successful patterns are well over a 100 years old and have stood the test of time, as effective now as when they were first tied. Patterns such as Waterhen Bloa, Partridge and orange, snipe and purple and black spider should be included in any river fisher’s fly box. The secret is to keep the tying simple, slim and mobile, try to avoid over dressing spider patterns. Soft hen hackles and feathers from game birds are essential in tying spider patterns.

On smaller overgrown rivers and streams, particularly in high summer when insects of a terrestrial origin feature highly in the diets of trout, patterns tied with fatter peacock herl bodies and with various colour hackles are very effective. Although not strictly classed as spiders they can be fished with confidence. The humble black and peacock, long associated with lake fishing, can be good fly tied on size 16 and 18 hooks. It is not only on rivers where these patterns are successful; spiders can be used on lakes and reservoirs particularly for wild Brown trout and even rainbows which have survived and reverted to natural feeding. Patterns tied to imitate the many different buzzers encountered on still waters can often be more effective than the more precise copies sometimes used. On either river or lake 1 or even 3 flies can be used on a leader but in calm conditions on a lake or on slow pools on a river, it may be better to fish a single fly on a longer, degreased leader to keep surface disturbance to a minimum. The success of spider patterns throughout the season should not be underestimated, possibly the movement of the sparse mobile hackle may suggest ‘life’, the most difficult of all aspects of a natural fly to imitate.

Hit enter to search or ESC to close 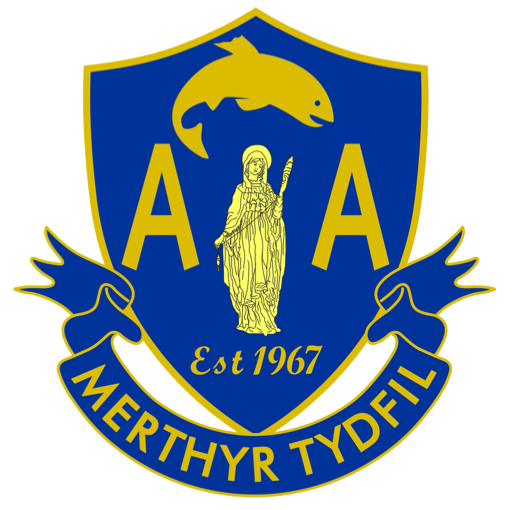